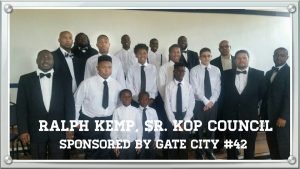 The Past Master Knights of Ralph Kemp, Sr. KOP#42 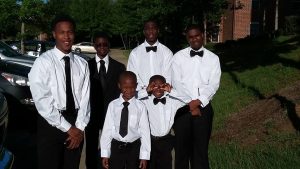 History of the Knights of Pythagoras Program

Pythagoras was a Greek philosopher, or student of knowledge, who lived about 2,500 years ago. He worked in the fields of music and geometry. He formed a religious society and wrote a general account of the world.

Very little is known about the life of Pythagoras. He was born on the Island of Samos, near Greece. Later, he lived in Crotona, in the Southern part of Italy.

It was there that he formed a religious brotherhood and the members of this brotherhood lived according to rules that Pythagoras laid down – such as one that forbade the eating of beans. The group believed that after men died their souls went into other bodies, sometimes in the bodies of animals.

This idea, called transmigration of the soul, appeared in many early religions. It is still the belief of many of the Hindu sects of India. It is felt that Pythagoras may have obtained some of his ideas during his travels in the East.

The people were suspicious of the Pythagorean brotherhood because its members were aristocrats. Many of them were killed in a political uprising. Historians do not know whether Pythagoras left the city before the outbreak of violence and escaped death, or was killed in it. The brotherhood of aristocrats was finally destroyed in 400 B. C.

Pythagoras believed that the earth was spherical and the sun, moon, and planets have movements of their own. His successors developed the idea that the earth revolved around a central fire. This belief anticipated the Copernican Theory of the universe.

As a philosopher, Pythagoras taught that numbers were the essence of all things. Therefore, he associated numbers with various colors and ideas.

The Grand Masters of Prince Hall Masons, under the leadership of Grand Master Amos T. Hall, President, no doubt looked far ahead of time when they selected the name “Order of Pythagoras” instead of the “Chivalric Order of Knight Companions” during their Annual National Conference, May 8 – 10, 1951, in the City of Denver, Colorado.

Past Master Ralph Kemp, Sr. was bestowed by Past Grand Master Bruce A. James the title and rank of Honorary Past Grand Master (“HPGM”) this was a historical event, and PGM James was the first Grand Master in Prince Hall Georgia jurisdiction to give such a high esteemed title to Past Master Ralph Kemp, Sr.  HPGM Kemp, Sr. devoted his life to Masonry, and he attended 69 Grand Sessions straight and was the longest standing Grand Lodge Officer. HPGM Kemp, Sr. was the Grand Director of the Past Master Degree up until his passing. He served in many leadership positions from Illustrious Potentate of Nabar Temple No. 128 through heads of houses on the York Rite and Scottish Rite side, because of his dedication to the craft HPGM Ralph Kemp, Sr. has many organizations and scholarships named after him in his honor including our very own Ralph Kemp, Sr. Knight of Pythagoras Council No. 42.